So have you caught on yet?
I love ruffles!
And denim.
And wreaths ;)
So what can you do 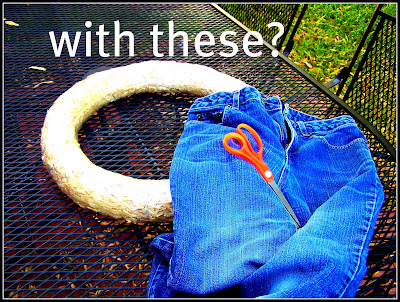 18 inch plastic straw wreath.
{Do not cut off the plastic wrapper!}
I used a pair of old blue jeans and simply cut at the seams
then took the pants legs and
﻿ 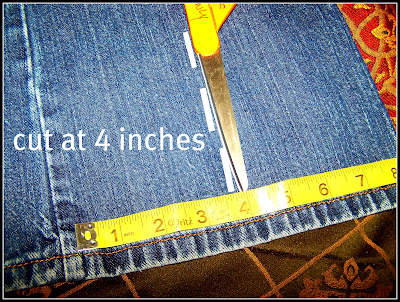 Save those seams! Don't throw them away.
We'll use them later.
Now take your strips of denim and wrap tightly around your wreath.
Make sure that you don't leave 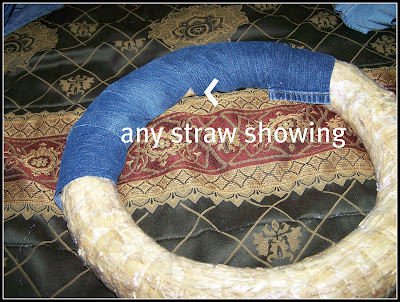 I first pinned it in place to see how it would look. Then I re-did it and glued it down with Mighty Mend It.
After you have it all wrapped, it's time to make the ruffles.
I had some lighter colored denim left over from another project and I simply took that fabric and made several ruffles. You can see how I made them here.
Now it's time to make the denim rosette.
Simply take one of the seams you cut off.
Mine was 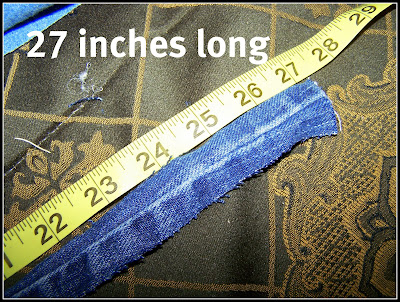 ﻿
Then you simply take one egde and 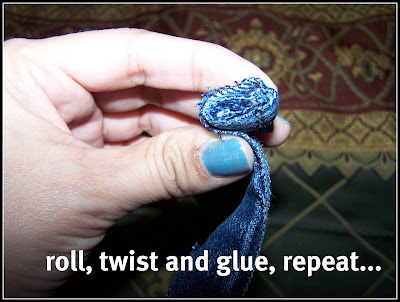 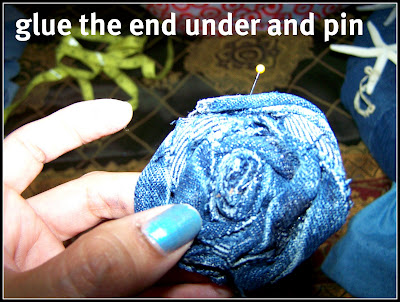 Take the pin off after a little while when the
glue sets.
In the meantime you can start hemming the ruffles on the 3 sides that are straight. You can do this by 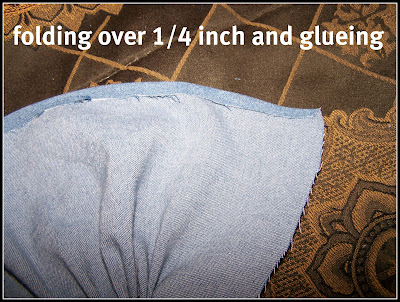 Now you can do this before ruffling or after like I did (because I forgot)
Once that's taken care of start glueing your ruffles to the wreath.
I started on the lower left hand side but you can put them where you want.
I then took one of the seams and glued it on top so you can't see where
the ruffle's been sown.﻿ 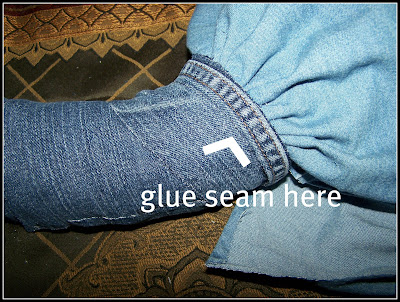 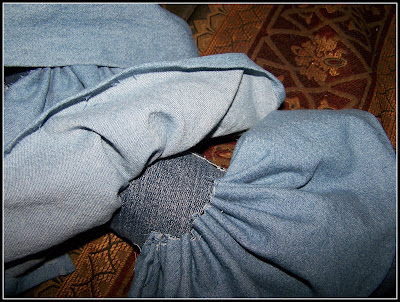 Then you can add your next ruffle underneath
the first one. I put it just so the bottom end of the first one covered my next one and you can't see the top.
You will now glue another seam on top of this one just like the first.
You will cover all the top ends with seams to give it a finished look.
Next I added the rosette and two genuine starfish!
Tada! 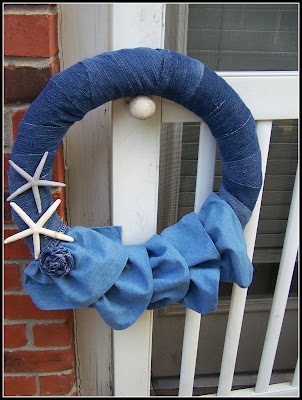 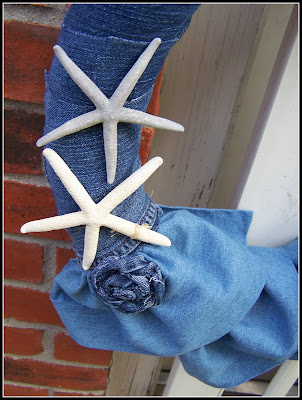 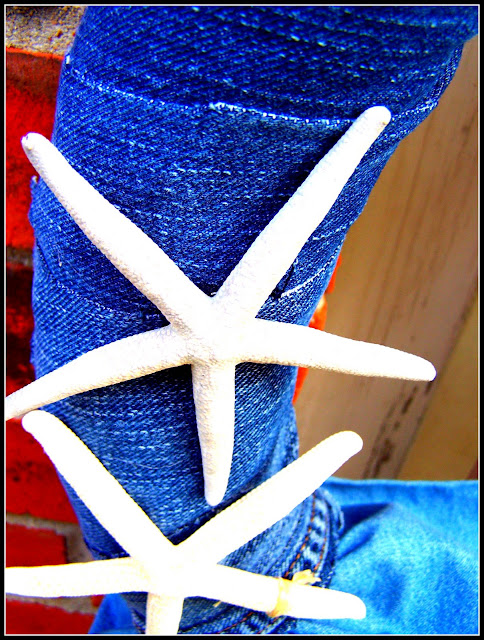 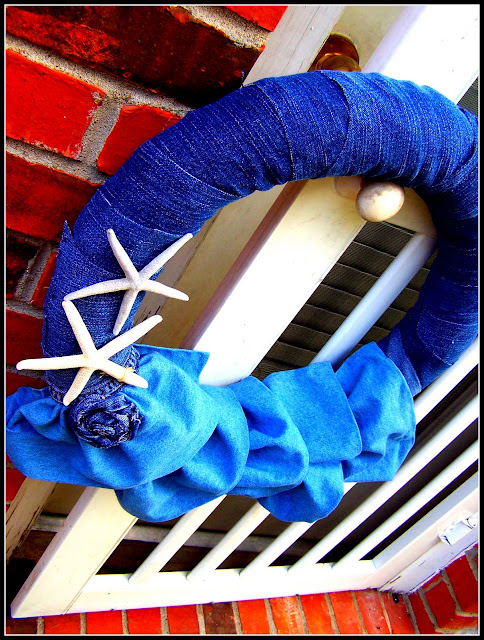 Cute for summer or year round beach house.

http://www.creationsbykara.com/
http://www.skiptomylou.org/
Posted by How Sweet It Is-A lifestyle blog at 8:07 PM