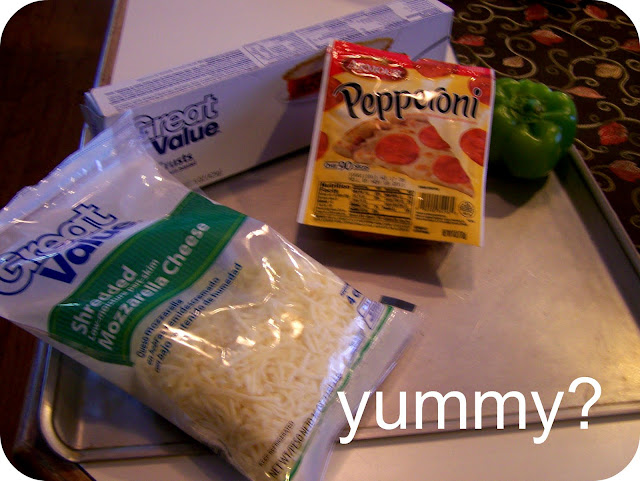 Then you might want to gather up
the ingredients for my EZ Pepperoni Calzones!
½ cup chopped onion


Pre heat oven to 400 degrees and then get ready to bake!


Using a pizza cutter, cut through the middle so you have two semi circles.


Take some of the mozzarella cheese and sprinkle on both halves. 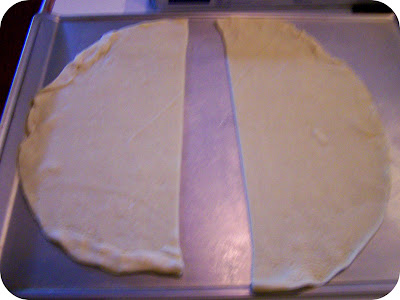 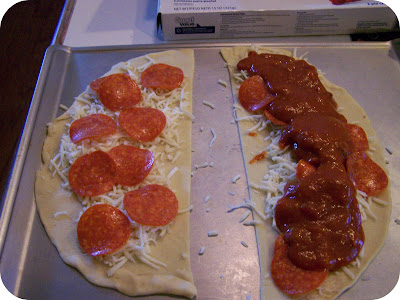 Do not spread it too much to the edges, keep it in the middle. You don’t want the ingredients


To spill out while baking.


On a cutting board, chop onion and bell pepper. Press the garlic. Put into mixing bowl.


Pour in the spaghetti sauce. Mix it all in the bowl.


Take your pre-cooked sliced pepperoni and place on the cheese topped crusts.


Spoon the veggie mixture on the pepperoni, again not overfilling it to the edges (like I did here ;).


Open the other pie crust and place it on a lightly floured surface. Cut down the middle with a pizza cutter just like you did the first one. Now carefully place the semi-circle on top of the veggie&meat topped ones on the baking sheet. Go around the edges and fold up and press closed, by pressing with your fingers. Make sure they are well pressed and sealed. 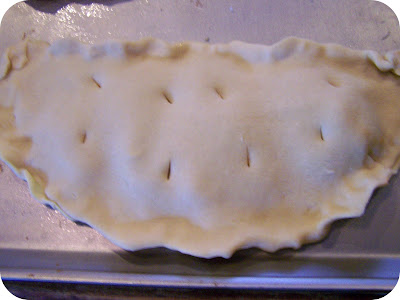 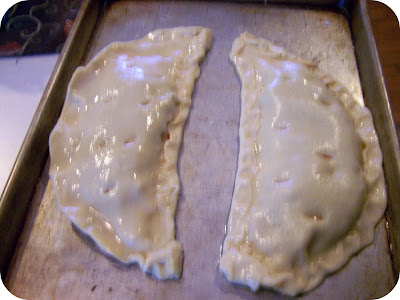 Take a knife and cut ½ inch slits on the calzones. Lightly brush all over with your olive oil. Bake in oven for about 20 mins. Or until light golden brown. Remove from oven, use your pizza cutter to slice them in half and let them cool about 10 mins. You should end up with 4 calzones. If you use both packages you will end up with 8 calzones. Mangia!! 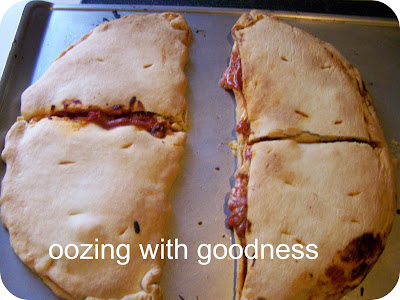 My guys love these! They are big pepperoni fans so that's why I use it but you can fill it with whatever meats you like.
To print out the recipe go
HERE

Posted by How Sweet It Is-A lifestyle blog at 8:04 PM