This past Friday we had loads of fun at our Church's family pinewood derby. Not only did the scouts have their race cars but everyone could participate as well! What a great idea. We took three cars, two previous racers that Sergio and Josh had raced when he was a cub scout and a new one he carved out just for Aaron. Sergio is very meticulous with his carvings and even if they aren't the fastest they are some snazzy looking cars: 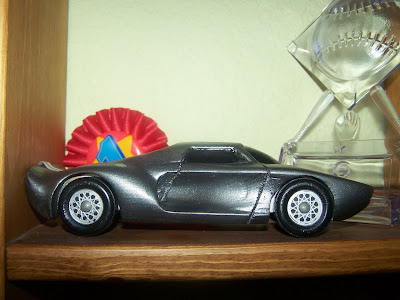 Josh's car..the fastest one in our bunch 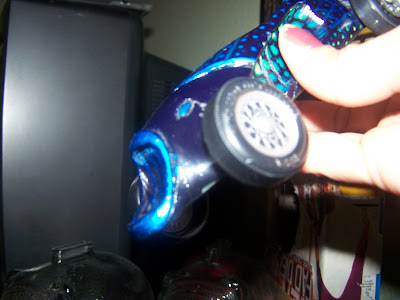 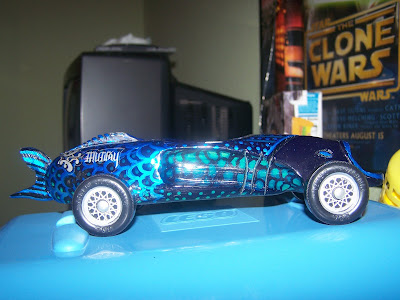 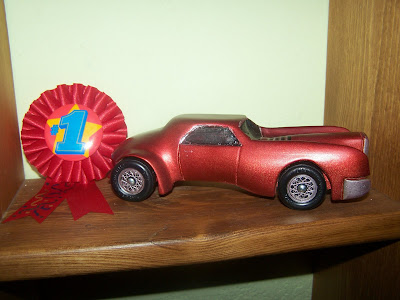 It was fun to eat and hang out with friends. Brian came along and got a pic with Ellison's winning entry for "heaviest" car. 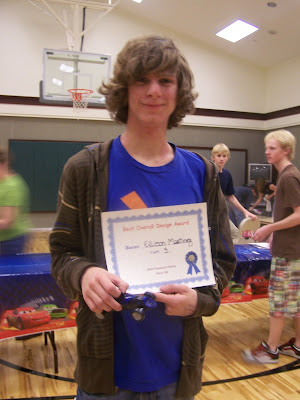 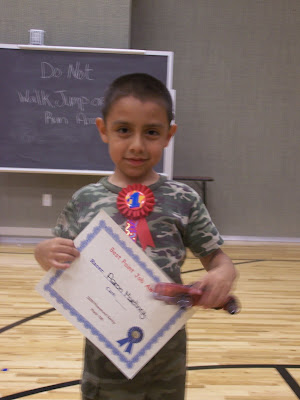 Aaron with his award.
Posted by How Sweet It Is-A lifestyle blog at 6:05 PM