Winding Down (The end of Spring Break)

Well we have come to this-Friday and the end of fun as we know it ;) For a little while anyways.
This past week has been soooo relaxing and nice. The weather was beautiful.
Don't you just love it when the kids are out of school?-no backpacks to check, no notebooks to sign-Sigh. It must all come to an end.
Let me recap our week. Last Saturday we decided to take our kids to Six Flags. Thank goodness we went that day instead of Monday-when we had it planned in the first place! The news reported that the backlog of traffic went all the way out to the freeway :-O
So we get there and we go in to take our pictures for the season passes we bought and the line is up the wazoo! I hate waiting in line. I said "You've got to be kidding me!". I thought we were in a recession?! Why is it packed?!
Anyway, luck o'the Irish, as soon as I muttered those words, they opened up another lane for print n' pay only! That was us!!! YAY!
So off we went to ride our rides. The little guy, being a daredevil like his dad, wanted to ride the big rides. We assured him he could after lunch. But before that he wanted to try his hand at some of the carnival type games where he won a Batman cape.

After a couple of hours we were ready for lunch. So off the boys went to get our coolers from the car. That was one loooong walk.
We had our picnic out in their picnic area and let me tell ya it was NICE! Perfect weather. Our little guy loved running around in his new cape ;) 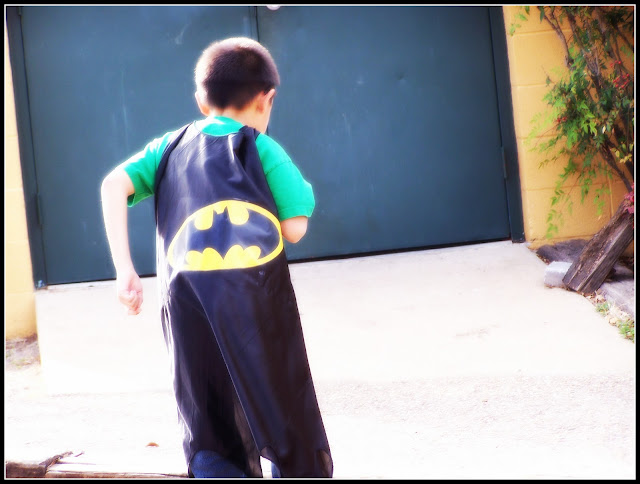 Amazing how a $5 cape makes a boy SO happy 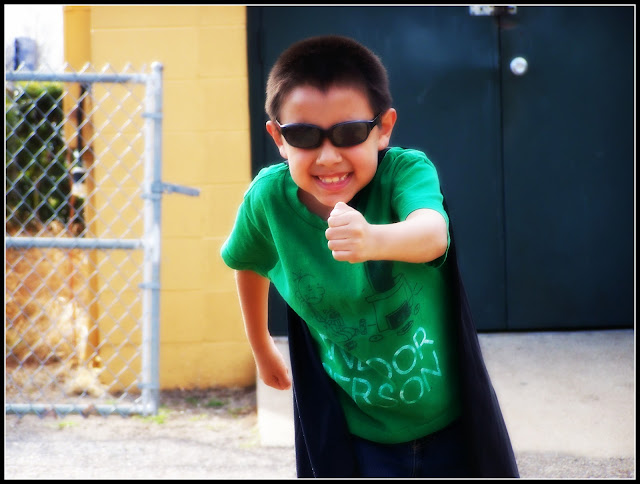 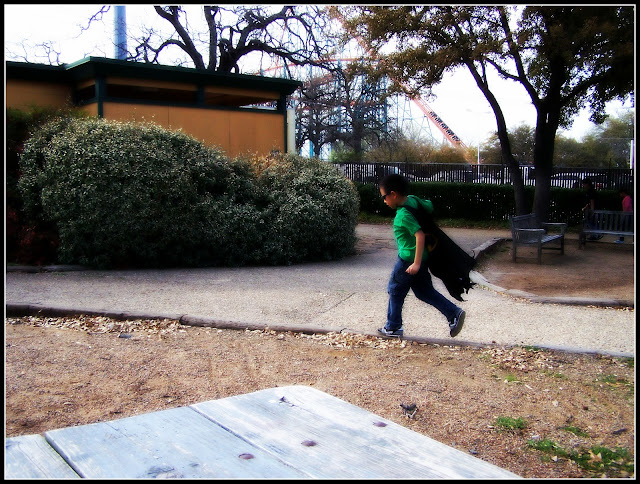 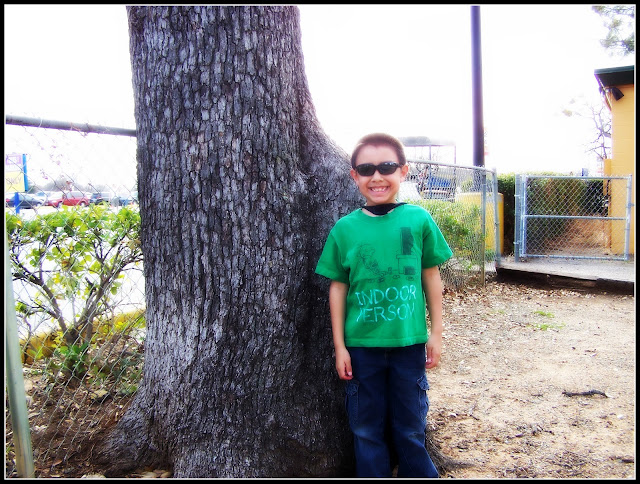 We packed up the stuff we didn't eat and took it back to the car.
Then we got in the loooong line to get back into the park. (Why no re-entry line??? Dumb I tell ya)


Next my little guy wanted to get on the rides by himself. We had a heck of a time convincing him that he wasn't tall enough to ride most of the big coasters. So we took him to Looney Tunes land and he got to ride this coaster all by himself :) 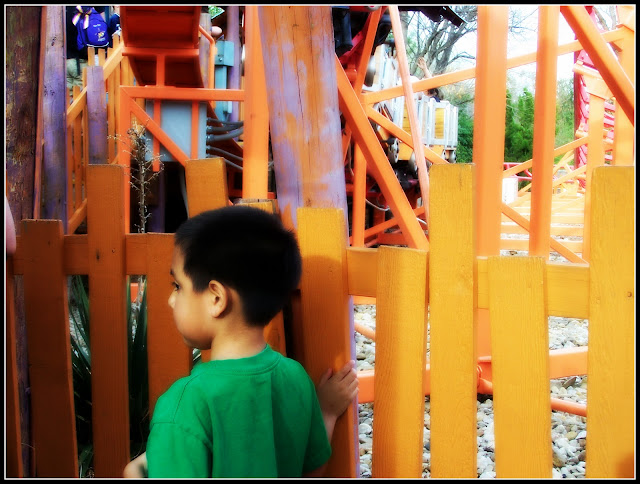 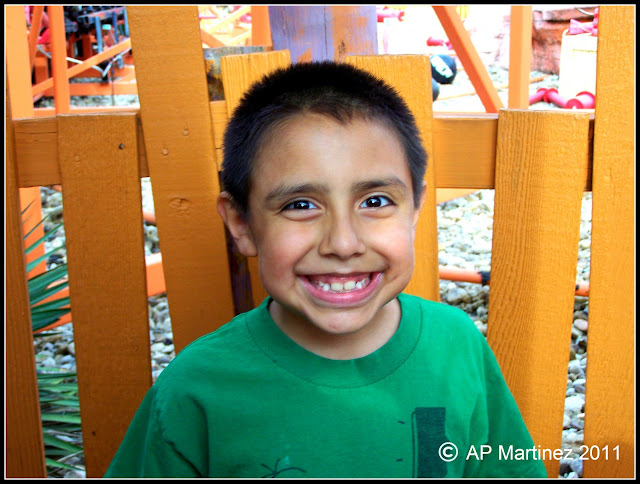 But this one will have to do---for now. 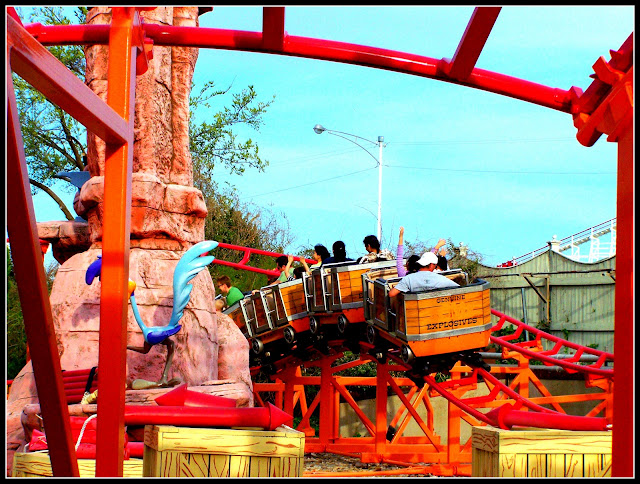 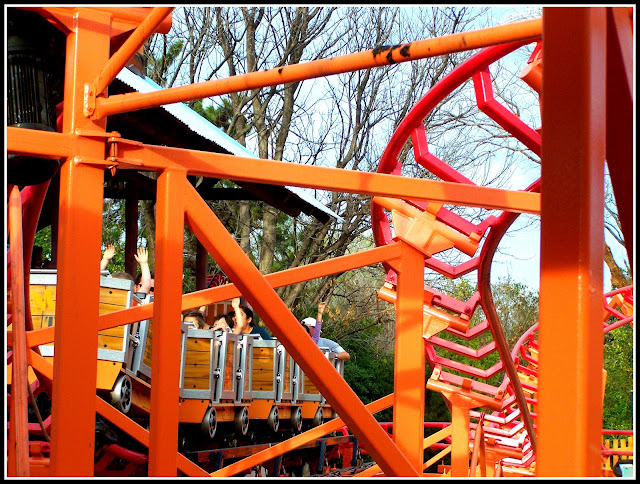 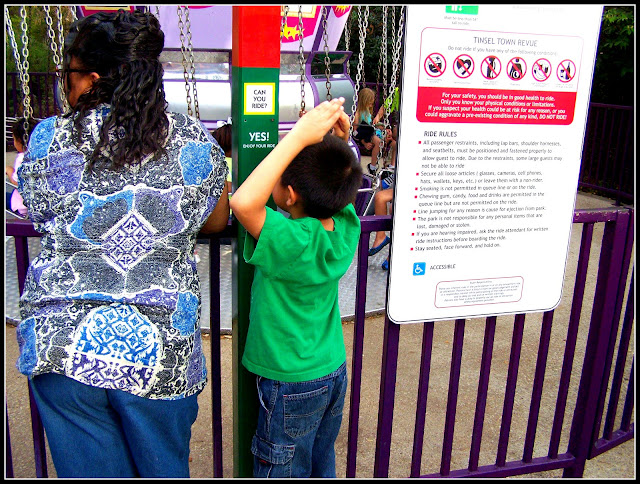 I do believe I'm tall enough for this one too! YAY!
After this ride he rode around for a little more in the kiddie area then the hubster relented and took him to ride a big coaster-the Judge Roy Scream!! Yeah, it's THAT scary! He told me he was shaking when they walked up to the ride itself and screamed the whole way! But when they got off the ride he was all smiles and said "Let's do it again, Dad!"
Uh...I don't think so. Not this time anyway.
We'll be back next month so he can try the other rides. Here's a few more pics of our day at Six Flags!
(Notice our older boy is not in these pics. He doesn't want to appear on the blog that often and I respect his wishes.) 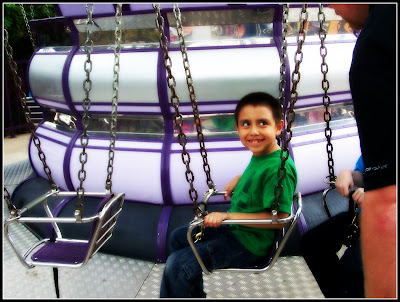 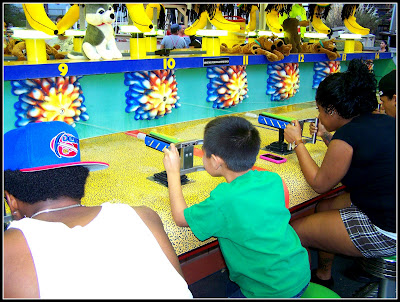 But the little guy loves his picture being taken!

Have a great weekend.

Posted by How Sweet It Is-A lifestyle blog at 11:43 PM