Well she finally did it! Ellison has her driver's permit.
YAY!! She was so excited! The line was long but we stuck to it.
She doesn't look excited in the pic >>>>>> lol

Now come April she will be a licensed driver. We plan on taking her out driving many times over the next few days and months.
Here she is with her driver's permit 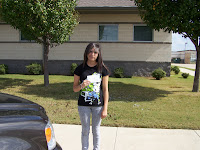 Then we took her to UNT to take a tour of the University. She plans on applying to their art program and maybe interning for Disney in the future!!

Ellison actually has enough credits to graduate this year (her junior year) but she wants to take a bunch of art classes next year just for fun!!

She also is doing very well in school taking 3 AP classes!! She was taking a 4th AP class which was actually a GT class YIKES!

Her counselor asked me if she was planning to major in Engineering with all the advanced math she has under her belt, but I told her art will be her major. She then recommended that we take her out of the GT class and into her favorite subject which is Algebra 3. We took her recommendation and took a load off of Ellison.

Anyway, back to the UNT tour.

Here's a few pics of the tour: 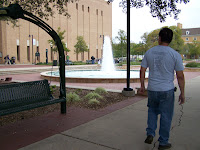 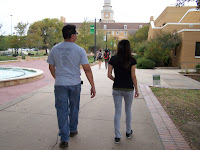 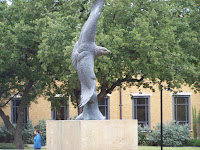 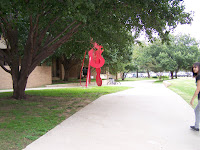 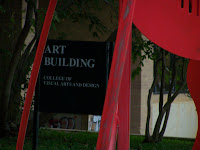 Posted by How Sweet It Is-A lifestyle blog at 12:40 AM

Email ThisBlogThis!Share to TwitterShare to FacebookShare to Pinterest
Labels: Ellison and UNT