There's gold in them hills!! On the road to Cali

Bright and early on Monday, we set out to LA, the city of angels. It was a long drive from Albuquerque, made even longer because it had snowed that night before. We were a little dismayed but we found ourselves enjoying all the beautiful scenery. Once we entered Flagstaff the snow disappeared and all we saw was sunny skies above.
We didn't get to Anaheim until late that night but we were pleasantly surprised at our hotel. The Best Western in Orange was great. I got a great deal through Expedia and we got a suite!! The room was all decked out with 2 flat screen tvs, a heated pool, jacuzzi, free hot breakfast, gym, the works! Josh declared it his home away from home.
We spent the night deciding what we'd do the next day and we decided to go whale watching at Newport Beach.

The next morning, Tuesday, we woke to hear on the news that there had been an earthquake just a few hours before!! We didn't even feel a thing we were so tired!!
So we set out to get breakfast and it was so beautiful sitting outside on the patio and eating. After the drive into Newport Beach we walked around and found the marina and paid for our boat ride. 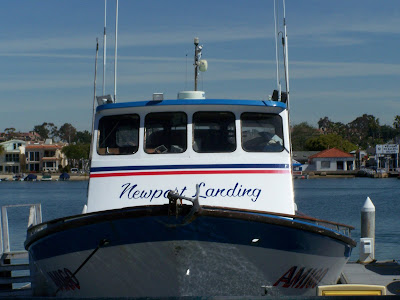 We had some time to kill so we got some NY style pizza with slices that took up two paper plates (oh my!)
We then headed towards the boat and slathered ourselves with sunblock.
The boat ride was smooth and I enjoyed the beautiful scenery and we were told Nicolas Cage's house was up on those hills (well the one the IRS hasn't repossessed yet, YIKES). It was as 2 1/2 hour tour (insert Gilligan's Island theme song here ;))
and we saw a baby whale and plenty of dolphins. The kind you don't see at Sea World.
It was very relaxing to just watch nature unfold before our eyes, bright blue skies, sea lions snoozing on a bouy, the white foam of the ocean waves, and the sea gulls flying over head.
I didn't want it to end! But after the boat ride, we walked back to the beach where Ellison and Sergio picked sea shells and did their customary sand sculptures (a crowd was gathering overhead looking at their handiwork) while Josh and Aaron played in the sand and I.....just laid there and soaked up the sun :) 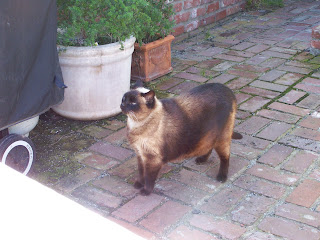 Cute cat on the boardwalk 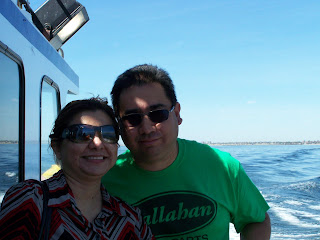 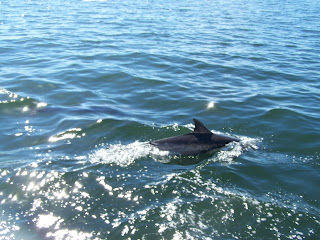 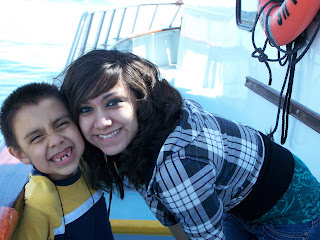 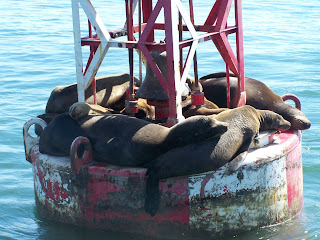 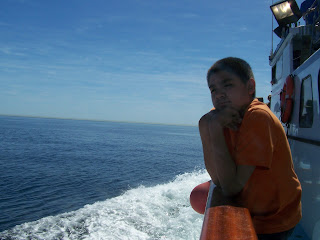 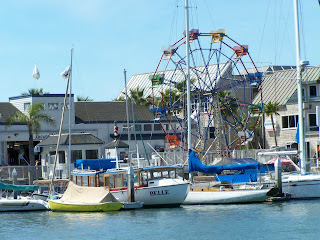 The water was too cold to swim in but that night we swam in the warm pool back at the hotel. What a day!! What will tomorrow bring? Stay tuned!
Posted by How Sweet It Is-A lifestyle blog at 8:30 PM