Cascarones’ egg shell have a very small opening on one end and the inside is drained out. The empty shell is thoroughly washed and then dried. The clean shell is now filled with confetti and sealed with a tissue paper. Cascarones are brightly colored.


How did Cascarones originate?


Cascarones have an uncertain beginning, however historians have traced their birthplace back to China. It’s believed that they were brought from Asia by Marco Polo. These original eggs were filled with a perfumed powder and the eggs were used as gifts. From Italy the tradition was carried to Spain and then to America. Carlotta, the wife of Emperor Maximillian, was so fascinated by the eggs that she brought them to Mexico during her husband’s rule in the mid 1800’s.


In Mexico people replaced the perfumed powder with confetti. It was then when Mexicans labeled the egg shells.... Cascarones... Which derives from the word "Cascara" which means shell. In Mexico Cascarones were popular at one time, but the tradition eventually faded. Only in the late 1960s and early 1970s Cascarones regained popularity in South Texas, where it has now become a family tradition. Some make very creative Cascarones' designs that sell for as much as $10 for one Cascaron.


Throughout Mexico and the American Southwest, Cascarones are used to celebrate. The fun is derived from breaking the egg over someone’s head; allowing the confetti to spill out. Prior to Easter, or during “Fiesta San Antonio” churches and schools do fund raisers by selling Cascarones. Others just enjoy cracking them over their friend's heads. Many say... the confetti shower brings good luck and good fortune ! but if anything they are lots of fun and almost addictive !!


Do Cascarones have a religious link?


It’s believed that Cascarones represent the Resurrection of Jesus Christ; the breaking of the egg symbolizes how Christ had risen from the tomb, just like a new born chick opens the shell. 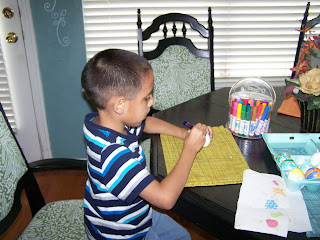 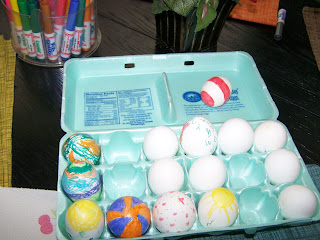 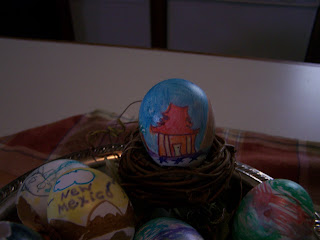 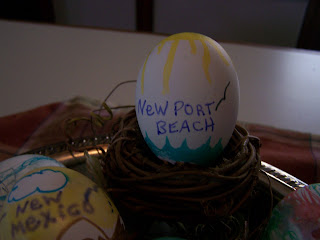 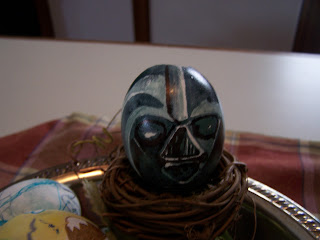 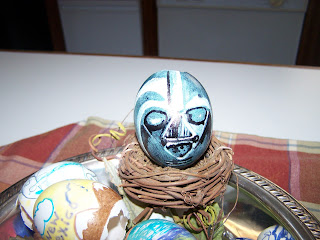 These are so much fun to make. You can decorate with modge podge, markers, crayons, paints, whatever you like and the kids love making them. {However I don't recommend these to tiny tots because they can't really handle them and they break them, trust me I KNOW}
I'll be back later this week to show you some super duper cute ones I'm making.

P.S. I just found some ready made cascarones at my local Wal-Mart for $2 a dozen! SCORE!! So if you're not a big egg eater, go on down there and get you several dozen. They are already colored but you can easily add stickers and paint on them for more pizzaz. They also sell the bags of confetti, which is what I originally went in for. Oh, and one last thing, if you do buy the ready made cascarones, shake the box gently to see if confetti falls out. If it does, some of them are broken and you should move on the the NEXT box! :)

linking up to :
http://www.atthepicketfence.com/
Sister Saturday
Posted by How Sweet It Is-A lifestyle blog at 2:20 PM