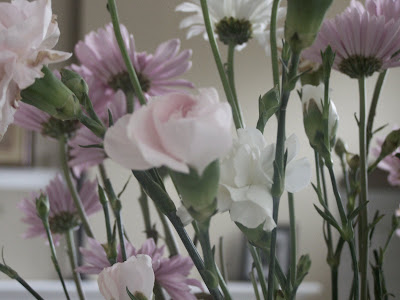 I didn't know, 5 years ago, that our Heavenly Father knew us by name and that we could have a personal relation with Him.
I know that now. He answers my prayers, very personal things, almost immediately sometimes and then other times, it takes a little longer, but HE always gives me what I ask for and I accept it. I turned my life over to Him 5 years ago. I do as HE wills, not as I will.

I did not know why He sent me to the last job, but He did. They were in dire need of financial help and I straightened out their finances. I specialize in government finance. I straighten out the very complex world of government accounting. It is unlike any other thing in the world. It is a world in and of itself. I left that job just after 2 years. My reasons were many, but I do not wish to be in a place where people are negative.
I did not really know what my plans were after I left. I took a stab at consulting, but that did not go as I wanted. So I prayed and prayed and waited. I took it to my Father in Heaven and laid out what I would really like in my next job then I left it up to him. Shortly thereafter I saw an ad for something that interested me. I applied and interviewed then waited. In the mean time I asked God if it was His will to give me this job, then so be it. If not, I would keep trying. In the meantime two other employers contacted me, impressed with my credentials, they wanted to meet me. But just as I was set up to meet them in a few days, I felt that the one I had just recently interviewed with would pick me. They are in some financial trouble and it will be my job to straighten every thing out. I am up for the task. Any thing that my Father wants of me, that is where I will go. With Him, nothing is impossible. In the Book of Mormon there is a scripture that I love it says: I will go and do the things which the Lord hath commanded, for I know that the Lord giveth no commandments unto the children of men, save he shall prepare a way for them that they may accomplish the thing which he commandeth them (1 Nephi 3:7).

I thank the Lord for filling me with the peace I need thru these unsettling times. And I am thankful for my family, the home I live in, the food I have to eat and a truck to get places. Nothing is fancy, but it's all I need :)

Posted by How Sweet It Is-A lifestyle blog at 11:20 PM

Email ThisBlogThis!Share to TwitterShare to FacebookShare to Pinterest
Labels: Faith