Master Chef Junior Casting Call and Behind The Scenes

How cool would it be if your child became a Master Chef, while still being a kid? Right?
Well I met a bunch of super talented kids at the Dallas MasterChef Jr. open casting call. So what does it take to make it for MasterChef Jr.?
According to the casting director, Liz, MCJ is for kids 8-13 who love to cook! They are no ordinary cooks. They have to know their stuff. Some of the things they will have to demonstrate are: measuring water correctly, mincing and dicing vegetables and cooking an egg. They must know their way around the kitchen and safety with knives and heat is a given.
The winner gets a $100,000 cash prize! Wowza!
Last year thousands of kids attended casting calls in such cities as New York, L.A., Dallas and Chicago.
These are the kids at the Dallas casting call.

This is the sign in table. The parents get a packet to fill out and the kids get a name tag with a number. 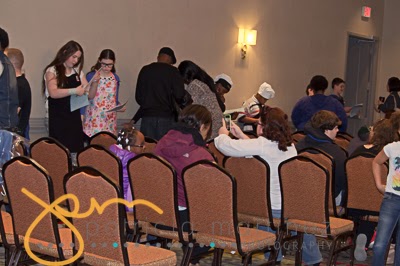 They all wait in this "holding room" until their number is called. Then they are escorted to another waiting room without the parents. After that, they go in front of the executive team to be tested and evaluated for their personality and ability to cook.

After the kids go before the executive team, they are sent home and every child's parent will get a phone call that night telling them whether they move on to the next stage or told they didn't make it.
The casting call was from 10 a.m. to 5 p.m. on a Saturday but kids could also register on line if they couldn't go in person. Some  of these kids would be contacted via phone or skype. Isn't technology great?

Now, get ready for some behind the scene tidbits and a look at some of the hopefuls!
First up is Collin. He is a boy that has been cooking for 1-2 years and has this tidbit to share:
Plating is one of THE most important things to have mastered in order to present a dish.
You eat with your eyes first!
He is from Ft. Worth.
Next is Jacob who hails from Gunbarrel, Texas. He's been cooking up some yummy meals since he was 4 years old!
He is nine years old now and his specialty is "Crazy Chicken".
Phillip is from Cedar Hill, Texas. 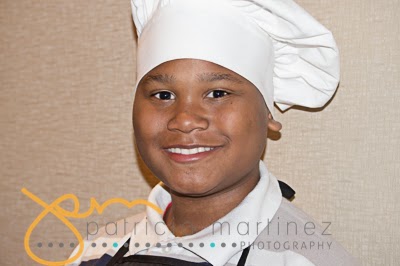 H is 12 and he's been cooking since he was 2! His mom states that he'd get in the kitchen and loved to mix up the ingredients. When they noticed little Phillip had a knack for cooking, they decided to let him have at it!
He loves making hot wings!
His advice to young hopefuls is to keep doing what you're doing.  He started watching the Food Network and that inspired him even more.
Finally, we have a pretty young lady, Afran. She lives in Plano, Texas, is 10 years old and loves to cook Persian food.
She is in the 5th grade and she cooking is not her only talent as she also sings and ice skates. 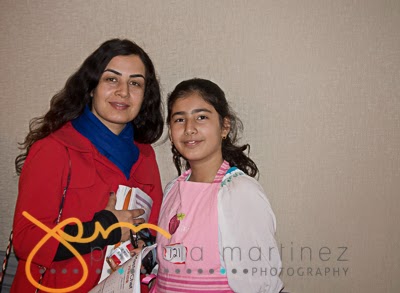 After interviewing several young cooks, I headed out to meet a delightful young lady named Coco.
She is from a small town near Waco. She had just met with the executive team and had a great time playing some games with them.
She stated that she'd been cooking since the age of 3 or 4 and loves to cook "comfort foods". Yum. I love to EAT comfort foods :) She also sings and acts and when she's not busy displaying her talents, she loves taking care of her bottle calves.
This young lady ended our interview by saying that "even if I don't make it, it was still a good experience."
Good luck to all the future cooks and keep practicing!

If you'd like to find out more about the show go to their site at:
Master Chef Junior
xoxo
Patty

Posted by How Sweet It Is-A lifestyle blog at 6:03 PM

Email ThisBlogThis!Share to TwitterShare to FacebookShare to Pinterest
Labels: Dallas open casting call, MasterChef Jr how to be on the show, What happens in a casting call